Life is not all about profits. Read this consultant’s journey to use a consultant skill set to try to make a difference in East Africa and what he learned along the way.

When I became part of the corporate world, it immediately dawned on me that I was also cut for nonprofit work. Most people in the corporate world are just in it for the money and lots of it while they are in it. Luckily, I was exceptionally skilled in consulting work and I knew I could be of use in the nonprofit sector.

In the nonprofit world, consultation and calculated expertise in planning plays a huge and important role. At times, a problem arises, and while the desire to make a difference in people’s lives is there, the astuteness to run a profitable nonprofit organization is lacking.

This story begins when I worked as a volunteer consultant for Technoserve, a nonprofit with a presence in East Africa. While based in Uganda, I was responsible for crafting plans of action regarding the dry beans and maize sectors. This was aimed at ensuring that the small scale farmers realized more profit from farming activities.

From my initial research, I had not bargained for a variety of challenges, ranging from lack of data, and when the data was there, it was sometimes pretty unreliable. Interestingly, Uganda is famously known for its very fertile soils and to cap it all, farmers are blessed with two harvests every season. No wonder it is commonly referred to as ‘East Africa’s breadbasket’ and can easily provide food for the entire East Africa region.

Sadly, with all these positive attributes maize and bean farmers in Uganda still have to contend with ineffective agricultural practices, lack of well-established markets and inferior input supply.

What makes it more difficult is that the farmers have these long-held beliefs that the best seeds for planting are the home-saved ones as compared to varieties that produce better yields. They relied on the market prices as a determinant for planting.

This gave rise to extreme irregularities (fluctuations) in the prices which in turn led to poor prices for the produce. As if that was not enough, traders and brokers had a field day exploiting the farmers due to lack of proper markets.  Despite all the mentioned issues contributing primarily to the problems, what I discovered what limited the farmers was their mindset of not taking risks and the greater need of meeting their everyday requirements.

So, I embarked on a strategy of using demonstration plots. I believed that once the farmers had seen the results (increased yield), I could change their mindset and make them believe that they could do it too. I built relationships with farming communities who had successfully embraced these agronomic practices to try and convert the farmers who had not taken up our strategies.

Most importantly, I forged connections with crucial stakeholders including those in charge of the warehouse receipt structure. This enabled the farmers to get credit backed by their commodities, while still retaining the ownership of their produce and get better prices in the dry season. Though the ball is now in the farmers’ court, I was confident and happy that I had made a difference and it had promising prospects of playing even a small role in poverty elimination in East Africa.

It was not all work so when I was not involved in my maize and bean projects, I took time off to indulge in a few pleasures. These involved fishing in Lake Victoria for Nile Perch, learning to cook East Africa’s cuisine, in addition to playing ultimate Frisbee and soccer with my local friends. I also traveled and saw the sights, for instance the Queen Elizabeth National Park and Lake Bunyonyi.

I am glad that my involvement with nonprofit consultancy was not limited to Uganda. I headed to Kenya where I started a project that enabled mango and passion fruit farmers to embrace new marketing strategies. Due to my experience in the nonprofit sector, it opened my eyes to a whole new approach in the corporate sector. This has considerably influenced my outlook, especially after I started Ascend to assist people with personal finance issues. Instead of looking at issues in terms of profit and loss, I drew from my nonprofit experience in East Africa to assist people and make a change in their lives. 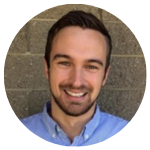 Ben Tejes is a writer for the Ascend and SBTC blog, which are platforms to help people achieve financial freedom. He covered such financial topics such as Midland, CACH LLC and Chapter 13 calculator. When he’s not working, Ben enjoys going on adventures with his wife and two young daughters all over the bay area.

Share your thoughts about what you have learned from volunteering or working at a nonprofit in the comment section below. I’m really looking forward to reading your comments.

See how it works