Skip to content
Interview with AJTKD’s founder, teachers and volunteers

Associação Jadir de Taekwondo – AJTKD, has improved the lives of more than 6,000 children and adolescents in more than 18 years. They improve the quality of life of her students by providing free access to sports, encouraging culture and offering educational opportunities in Rio de Janeiro, Brazil. Read the interview below.

Jadir Fialho Figueira, also known as Master Jadir, was born in the neighborhood of Madureira, a suburb of the city of Rio de Janeiro, in 1968. His childhood was marked by various health problems, until one day his father, advised by a doctor, searched for a sports activity to enroll him. As he did not have the resources to pay for it, he discovered a social project that offered free Judo and Taekwondo classes in the Campinho Military Firefighters Corps. Often, they served a meal for the children and adolescents of the poor communities that attended the classes. Teachers Carlos de Deus and Ivan Varela carried out the project at the time, which assisted several children and young people for many years.

After years of practice and in love with Taekwondo, Jadir became a black belt with South Korean Grandmaster Yong Min Kim, who was the main leader of the martial art in Brazil for many years.

In the 1980s, Master Jadir began teaching in Jacarepaguá, in the West Zone region of the city of Rio de Janeiro, and introduced a grants program so that poor children and adolescents living in communities with high levels of violence could practice sports free of charge. In 1999, a group of parents, educators, athletes and former athletes benefited by the program, concerned with the drugs and violence issues to which our youth are exposed, decided to create an organization that could develop social, sports and cultural projects, and help prevent drug abuse, fight violence and promote peace. The Jadir Taekwondo Association was founded the following year in Rio de Janeiro, with the Community Taekwondo Project being implemented in the same year, allowing free access of children and adolescents to sports. 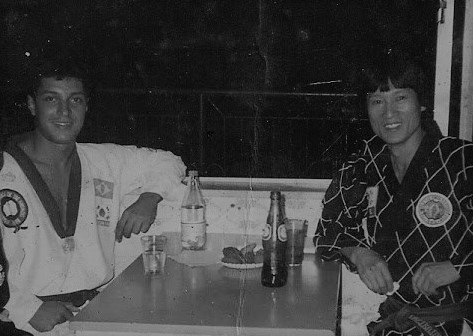 Jadir Fialho Figueira in the 80s

In 2004, the Association launched the AJTKD in the Fight Against Drugs Program, which received the support of the United Nations Office in Brazil.

In 2011, Master Jadir became responsible for the Technical Management of Taekwondo in Brazil, acting as the Head Coach of the Brazilian Taekwondo National Team in more than 20 countries.

In 2015, AJTKD implemented several activities related to the Sustainable Development Goals. This year, on April 6, International Day of Sport for Development and Peace, the organization was featured on UN Brazil office’s website and social media channels.

Over the years, AJTKD has won several awards. For Master Jadir, however, the biggest prize was to have created opportunities for more than 6,000 children and teenagers to have access to the sport. 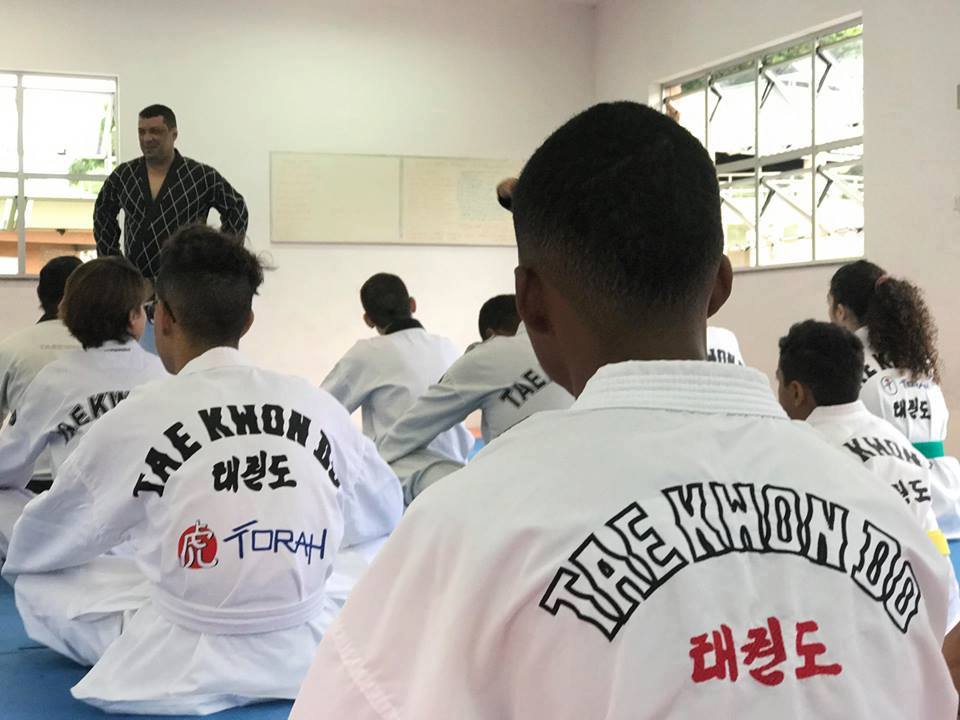 My father had always encouraged me to practice martial arts. He used to practice Taekwondo when I was just 4 years old. 11 years later, after an invitation from friends who were already attending classes in the Community Taekwondo Project, I decided to start practicing the martial art. At the time, the project was carried out in the neighborhoods of Campinho and Bento Ribeiro, in the city of Rio de Janeiro. After practicing for some time, I won several titles and became a state champion in 2007.

In 2009, I moved to Canada, where I was able to improve my knowledge in sports and better understand the benefits they could offer. In October of the same year, Rio de Janeiro rejoiced as the city had been elected as the host of the 2016 Olympic Games, which gave me an even greater motivation to continue my dedication to the sport. 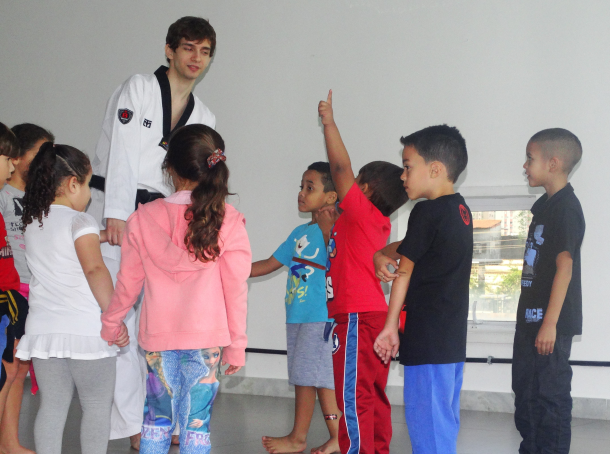 In 2012, I was invited to work as the Performance Analyst of the Brazilian Taekwondo Team. Afterwards, I became its Technical Assistant, coordinating Taekwondo’s National Ranking System.

I’m currently a teacher and athlete at AJTKD, as well as a volunteer in its activities. For me, this is a way of repaying for all the support and teachings that have been given to me over the years as a student. As an athlete, I seek to be a positive reference for students, so that they can see in Taekwondo, a martial art based on principles and values, an opportunity to find a better way of life.

As a child, I was very unruly and brought my mother to tears quite often. However, God began a process of transformation in my life through the Community Taekwondo Project in 2002, led by Master Jadir. In the project, I learned to value my family, to be a good student in school and to be an educated young man, qualities of a true athlete.

I thank God, because this project is not only concerned with forming champions in sport, but also in life. Master Jadir often emphasizes that “we should be a good reference wherever we are”. This is one of the phrases I stuck to when I started the project at the age of 9 and I still carry with me to this day. Today, at the age of 23, I am one of the teachers of the project and I’m very happy to be able to teach to the new students everything I have learned and still learn in this project.

I have known Master Jadir’s work for over 20 years. I had the rewarding opportunity to work as a volunteer with Master Jadir at AJTKD, guiding parents and students in the process of socialization, having the philosophy of Taekwondo as a base.

I congratulate AJTKD, its teachers and students, for all the hard work and for having Master Jadir as coach, mentor and teacher in Taekwondo. I congratulate Master Jadir for the opportunity given, free of charge, to children, young people and adults to learn this martial art and its philosophy. 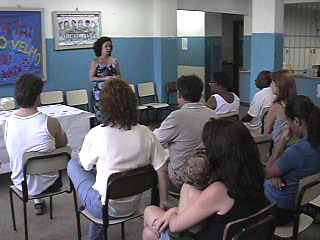 Want to learn more about AJTKD?

Visit their website or social channels to get involved.

See how it works